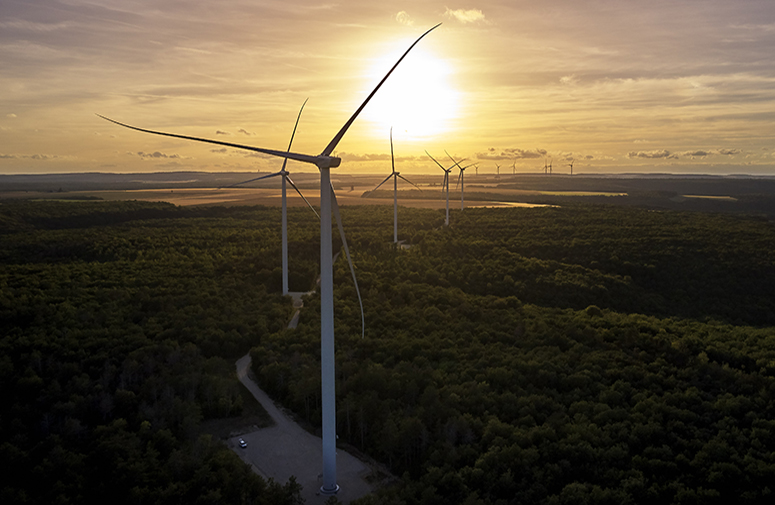 Located in Côte d’Or, north of Dijon, the wind farm “Entre Tille et Venelle” has 16 wind turbines, mostly located in the forest in the municipalities of Avelanges, Marey-sur-Tille, Villey-sur-Tille and Selongey. It will produce 107 GWh per year, the equivalent of the electricity consumption of about 50,000 people, i.e. a third of the inhabitants of Dijon. The 16 2.5 MW EN131 wind turbines of the wind farm are the first Envision turbines installed in France, and were designed and adapted specifically for the French market.

Initiated in 2008 by local elected officials, the project was developed in consultation with all stakeholders (elected officials, landowners, farmers, forest managers, local residents, etc.) to best meet the needs of the region and its inhabitants. Moreover, the latter were able to invest in the wind farm since participatory financing helped raise 2.2 million euros for its construction. Construction began in August 2018 and was completed in September 2020, mobilizing nearly 60 local jobs. Five technicians based at Envision’s maintenance center in Dijon are now responsible for maintaining the wind farm for the 25 years of its operation.